The last Gran Turismo game I ever played was GT4 on the PlayStation 2, so I’ll admit that I have never been into the franchise as many hardcore fans are. With racing games, I’m usually more interested in casual-friendly experiences, so pretty much most Need for Speed games. With the recent Forza Horizon games, I started to experience the wider world of racing games that are less concerned with racing and more interested in preserving the lineage and prestige of car culture. Gran Turismo 7 takes that to new heights, delivering a pristine experience on PlayStation 5 that will make you fall in love with the world of cars in general.

Being the first GT game to come out on the PS5, it’s no wonder to see the game is polished to a sheen. From the opening movie that has so much love put into it to the extremely fun but tense ‘Music Rally’ mode, everything in GT7 is smooth, responsive, and gorgeous. Be it the glorious image quality on a 4K screen or the intricately defined haptics and trigger effects on the DualSense controller, no moment in Gran Turismo 7 seems to have been made haphazardly.

I’ve been playing the game over the course of the last week, and while I haven’t played the amount developer Polyphony Digital would have liked me to (around 30 hours), I can confidently recommend this as one of the best racing simulators to fans of the genre, and to newcomers as well. My last experience with GT4 was one of frustration, since the game took simulation a little too seriously, a stark contrast to most racing games on the market. My experience with GT7 has been joyful and relaxing, with the game being relatively easier to get into for newcomers (or maybe my memory’s foggy?).

Speaking of how the game is friendly to newcomers, let’s start with the controls and accessibility. Right off the bat, you can choose how you want to control your car, be it with analogue sticks or the d-pad, or even the built-in motion sensor. Beyond that, you have multiple options to customize your experience, but then there are difficulty presets, which you can customize further. I played the game on the “intermediate” preset, and I have to admit the early hours of the game were relatively easy, given my lack of experience with GT. Of course, after you’re done with the opening music rally sequence, you’re welcomed to the new home screen, which reminded me of Polyphony’s excellent UI decisions.

The world map is clean, clear and the occasionally jazzy menu music is just energetic. With all that said, why am I not talking about the actual racing? Well, while GT is a racing game, it’s these additional features that really define the experience and set it apart. The way the music dynamically changes based on the menus, the way you can interact with NPCs in the cafe, the garage, and even the license centre (which I’ve never been a huge fan of) — it all blends together to create an extremely welcoming vibe. 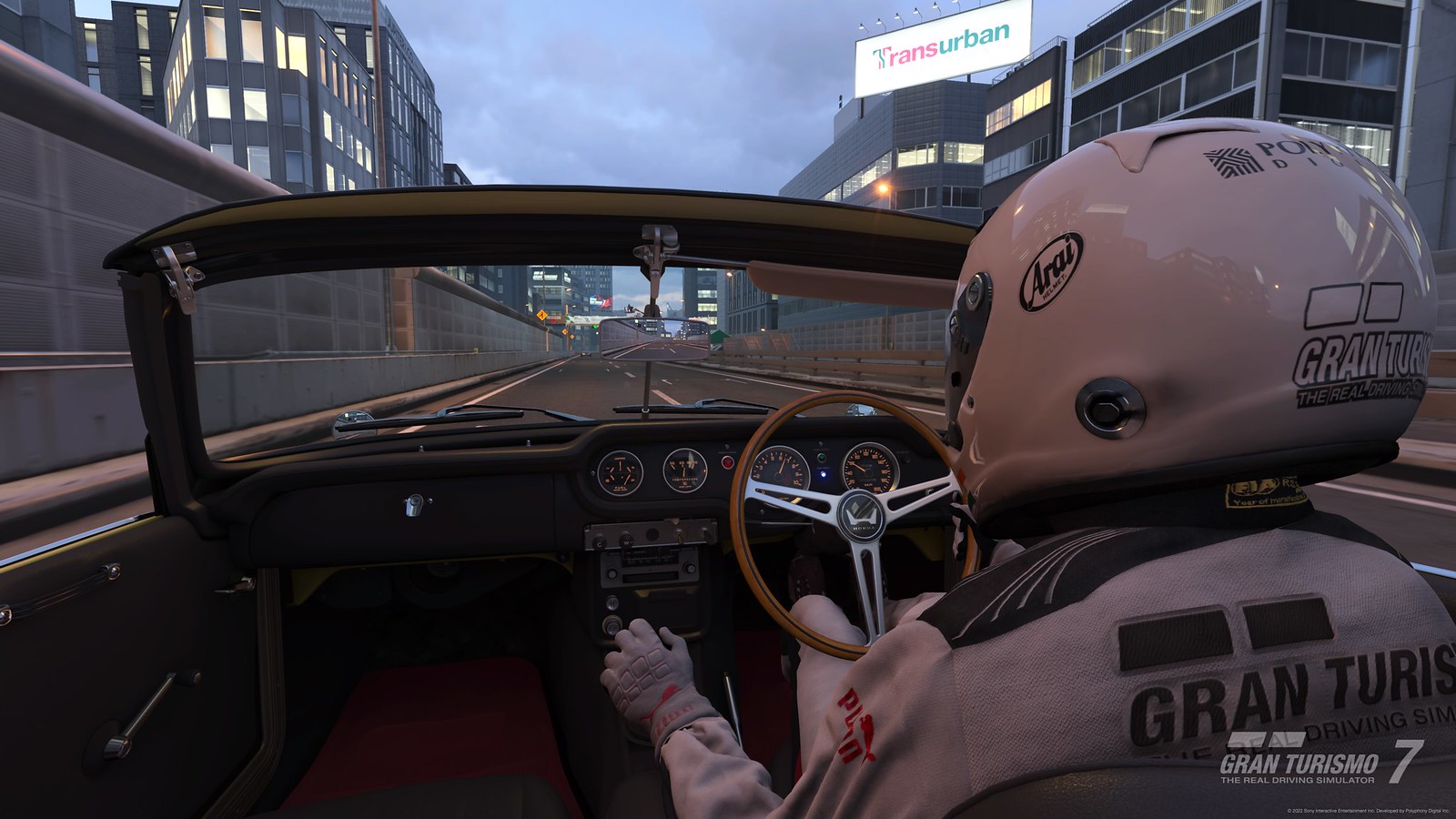 Alright fine, let’s get to the actual meat of the game — racing. With world circuits, players can take part in multiple races across the world, with various tracks pulled across America, Europe and Asia. The game’s single-player campaign is fun, wanting you to take your time freely and not rushing you into collecting as many cars as possible. You start by visiting the cafe, where you’ll be given menu books - essentially main quests. Here, the objective of most menu books is to take part in certain races and collect cars of a particular style to collect. One menu book has the theme of Japanese compact cars, the other might be for European classics, and some will straight up ask you to complete specific tutorial type missions or just tune your existing car collection. After completing each menu book, you can watch a mini-movie of sorts explaining the history of the cars you’ve just acquired, with said cars driving across beautiful valleys and streets complimenting the era-appropriate music. These scenes, especially with ray tracing, use clever trickery in keeping the background stills or parallax real-life photographs, with the in-game car models moving through the environment to effectively present a photoreal image. It’s breathtaking!

Speaking of car collection, Gran Turismo 7 features a plethora of vehicles pulled from various eras, and each one of them is designed with utmost care. You can go to the used garage to buy them, but beware, the cost of these can be pretty high. Rewards in GT7 take time to earn, and the amount of in-game credits you earn for completing races in top positions is frankly too low. It gets extra muddy when you look at other areas of the game where sometimes the cost of adding new parts and tuning your existing cars can be more expensive than buying new ones. Of course, you can top up your credit balance by the use of micro-transactions through the PlayStation Store, and the game wants you to do it too. Why else would Polyphony want you to have a constant internet connection to access its single-player content? Pointless DRM methods have been a rising concern in modern games for a long time now, and it is extremely disappointing to see a first-party Sony exclusive game stoop to these extremes, especially when the apparent reason for doing so is trite.

While GT7 is a cross-gen game, it’s undeniable that playing the PS5 version is the way to go thanks to better visuals, framerates, feedback and loading. On PS5, the game offers two modes:

Ray tracing mode enables RT features in virtually every scene albeit capped at 30fps, except real gameplay, to preserve a smooth, responsive feel. This also includes replays, where players can change camera angles and get closer to the car with its photo mode. Combined with the excellent car models and materials, RT mode exemplifies the amount of near photorealism the feature can bring to a game like this, especially when played in HDR on a good display. I can’t wait to see what Polyphony will be able to do when they truly tap into the PS5’s power a few years down the line with a true exclusive. Special mention to the photo mode here which is packed with professional-level controls that are usually missing from other games, such as the ability to tweak individual colour levels of the scene, change lensing, and even apply layer masks to elements and tweak scopes within.

Performance mode, as the name suggests, is for a fast, responsive, 60fps experience, and combined with the fast loading thanks to the PS5’s SSD, it’s also a great way to experience the game.

Gran Turismo 7 also features a robust weather system, and its effects can be fully felt on the adaptive triggers when racing through tracks with varying effects on display. It’s a subtle effect, and it doesn’t necessarily jump out to you the way it might in Horizon: Forbidden West, but it’s there. The subtle shift in gears and the material of the tracks, be it off track when you’re speeding through a corner, all work together to give you the feel of “being one with the car.” While the game’s UI allows players to cycle through different radar systems, with one dedicated to keeping track of weather changes, I never found it too useful. It’s great for the hardcore simulation fans, but it’s nothing new players need to worry about.

Gran Turismo 7 is a great place to jump in for newcomers to the legacy PlayStation franchise. Just like prior entries, GT7 gives us a glimpse at the potential of the new PlayStation console and is packed to the brim with enough cars, tracks and music to keep you engaged for a long time.

The Batman Is the Definitive Dark Knight Noir Film

HALO Episode 1 and 2 Review: This Ain't It, Chief