When Sifu was first revealed last year during one of PlayStation’s State of Play presentations, I was a little underwhelmed. Not at the game, but at the reactions surrounding it. The game, developed by Sloclap, the team behind Absolver, looked perfectly alright with the promise of tight melee combat, looking similar to the Batman Arkham series but grounded in the reality of Kung Fu. However, I did not realize why people were that excited for a game whose only promise was combat, and not much regarding the story, characters, expansive game worlds, visuals or more.

After all, the game’s reveal came just a couple of months after the PS5 launched, and the next-gen hype hid anything interesting that Sifu might have had up its sleeve for me. After a prolonged delay, the game is finally out today and I’ve had the chance to play through a lot of it thanks to early access with its deluxe edition. And I’m happy with it.

“Everybody Was Kung Fu Fighting!”

Sifu’s structure is very different from what people may have expected. The game would, at times, remind me of From Software’s Dark Souls series. That’s not because of the difficulty curve, which is quite severe, but it’s mostly down to how the game treats death.

Every time you die, your ‘death counter’ increases, and you age up. On subsequent deaths, you age up by the amount of ‘death counters’ stored in the game’s memory. Upon death, you’re given the option to either keep going or give up, the latter of which will throw you back to the game’s hub world. The ageing process is a compounding one, meaning dying multiple times at the same level can significantly age your character up, which has its own pros and cons. Once you hit a certain age, shown by a magical talisman that grants you limited invulnerability, the game’s over. Here’s how it works:

Once you complete an entire level, including beating its main boss, you’ll proceed to the next level at the age at which the prior level was finished. Dying or giving up in that second level boots you back to starting at the age at which you got to that level. So in essence, if you screw up hard in level 1, then level 2 will get even harder since you’ll always start off level 2 elderly. The way to solve this is to replay the previous level in its entirety and not screw up, so the next level will have you start at a more comfortable age.

Along the way you can of course pick up upgrades and XP to boost stats like resolve, health and even learn new moves. But that’s enough about the game’s mechanics. How’s the actual combat? 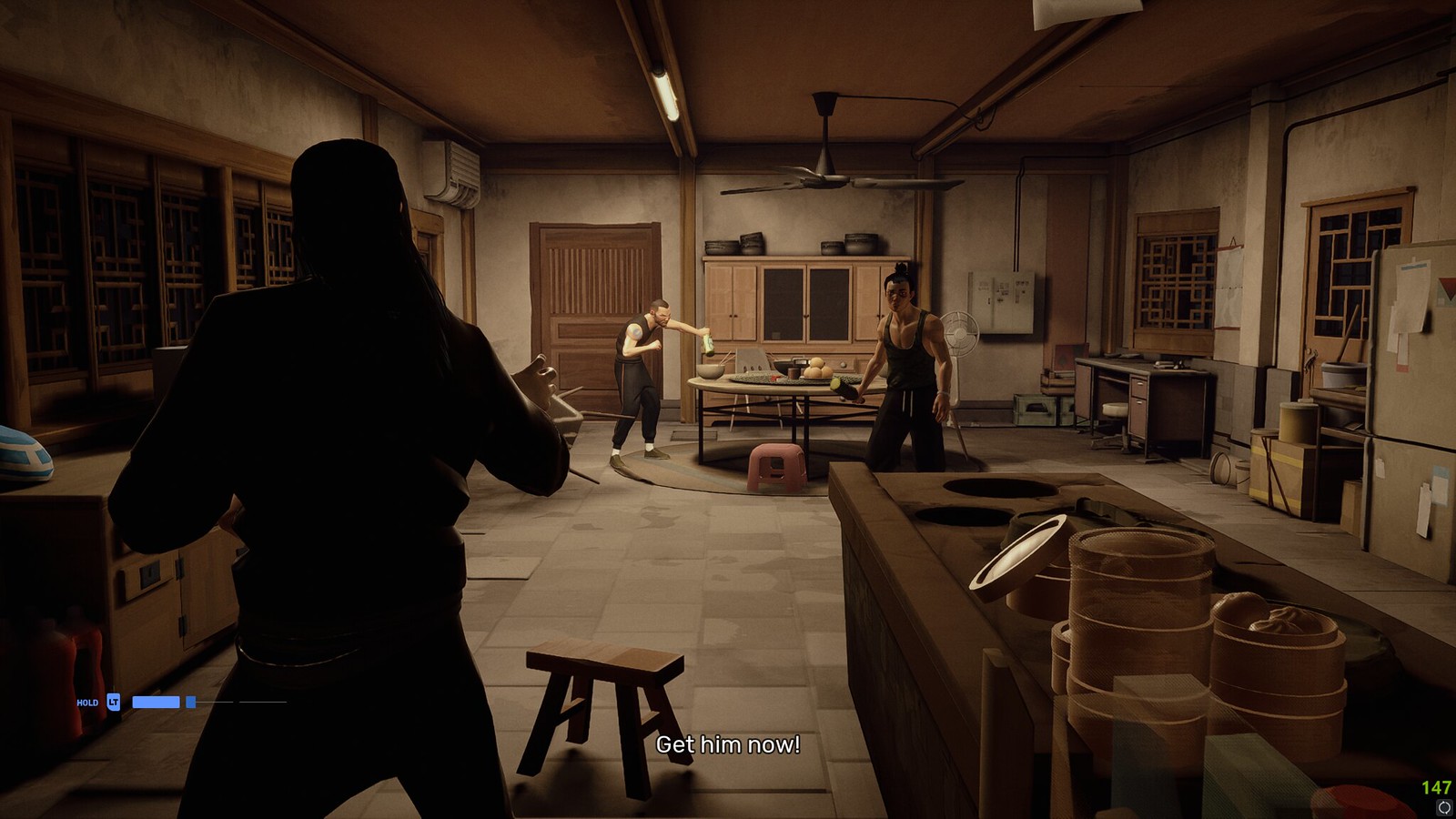 I’m happy to report that combat in Sifu is incredibly satisfying, with it being just as awesome to play as it looks in the marketing. Sifu’s combat will have you use nearly every button on your controller to direct your actions in a myriad of ways, with lots of combo moves to keep in mind. While heavy on animation during combat, Sifu almost never takes control away from the player, unlike many AAA games of late. Your mistakes are your mistakes, and are not the fault of the game spends too much time in smooth animations or the like. Connecting each attack feels extremely satisfying, primarily because it looks cool as fuck while also being the product of your skills.

Sifu’s story is quite simple, with not much in the way of interesting characters or deep narrative turns. It does have interesting character designs though, with each boss having their own unique personality. The smaller enemies (cannon fodder) can also have their own differences in the ways they fight and present themselves. Gradually, you’ll need to learn and unlearn different fighting styles to win encounters as the levels progress. Beating each level is fairly easy if you keep at it, but just beating them is not the point of the game, as you will be punished later on. Instead, the real meat of the game lies in how well you master each level, as progressing through them without dying too much so as to preserve your age is the real challenge. This leads to a fair amount of repetition, which may turn off some players. For me though, that was the fun part.

For Starters — Buy Sifu on PC, Because It’s Much Cheaper

I would be lying if I said the price of admission had a lot to do with my expectations going in. Sifu is available to buy on PC (Epic Games Store), PS4 and PS5 at the following prices:

The game’s PC version is so much cheaper than its console counterpart feels like daylight robbery. For a game I was quite iffy on trying, it being that much cheaper was a great move.

The game isn’t just cheap to buy on PC, but its performance is insanely good, even on lower-end systems. I played the game on my PC equipped with an AMD Ryzen 7 3700X, an Nvidia Geforce RTX 2060 Super and 32 GB of RAM.

Okay, I guess I'm playing #SifuGame now with all the praise. Friendly reminder that PC (EGS) version is much cheaper than PlayStation.

While my PC is usually great for high-refresh-rate gaming at 1080p and can stick to 60fps at 1440p in most games, Sifu blazes past those targets easily. With Nvidia’s DLSS set to ‘Quality’, I was getting close to my monitor’s maximum refresh rate of 144 Hz at the highest settings. Some scenes can hurt the frame rate, but it was a consistently smooth experience that I did not expect. For a game that is focused on smooth hand-to-hand combat, performance like this is a must and I’m glad to see Sloclap put that effort into the PC port to ensure every player gets a great experience.

Sifu’s perfectly executed combat system paired with an unconventional structure gives rise to an extremely satisfying gameplay loop, one which demands and deserves sinking a lot of time to master.

Uncharted: Legacy of Thieves Collection Is a Fantastic Naughty Dog Debut for the Next-Generation