In the run-up to the launch of the Saints Row, developer Volition has released a funky new demo of sorts to prepare fans for the crazy customisation that awaits them in a couple of months — Boss Factory. The new, free mode is now available to all gamers across PC, PlayStation, and Xbox consoles. I’ve had the chance to go through all of its features over the past week and, while it’s light on content as a traditional demo, I think it’s exactly what Saints Row fans might be looking for. 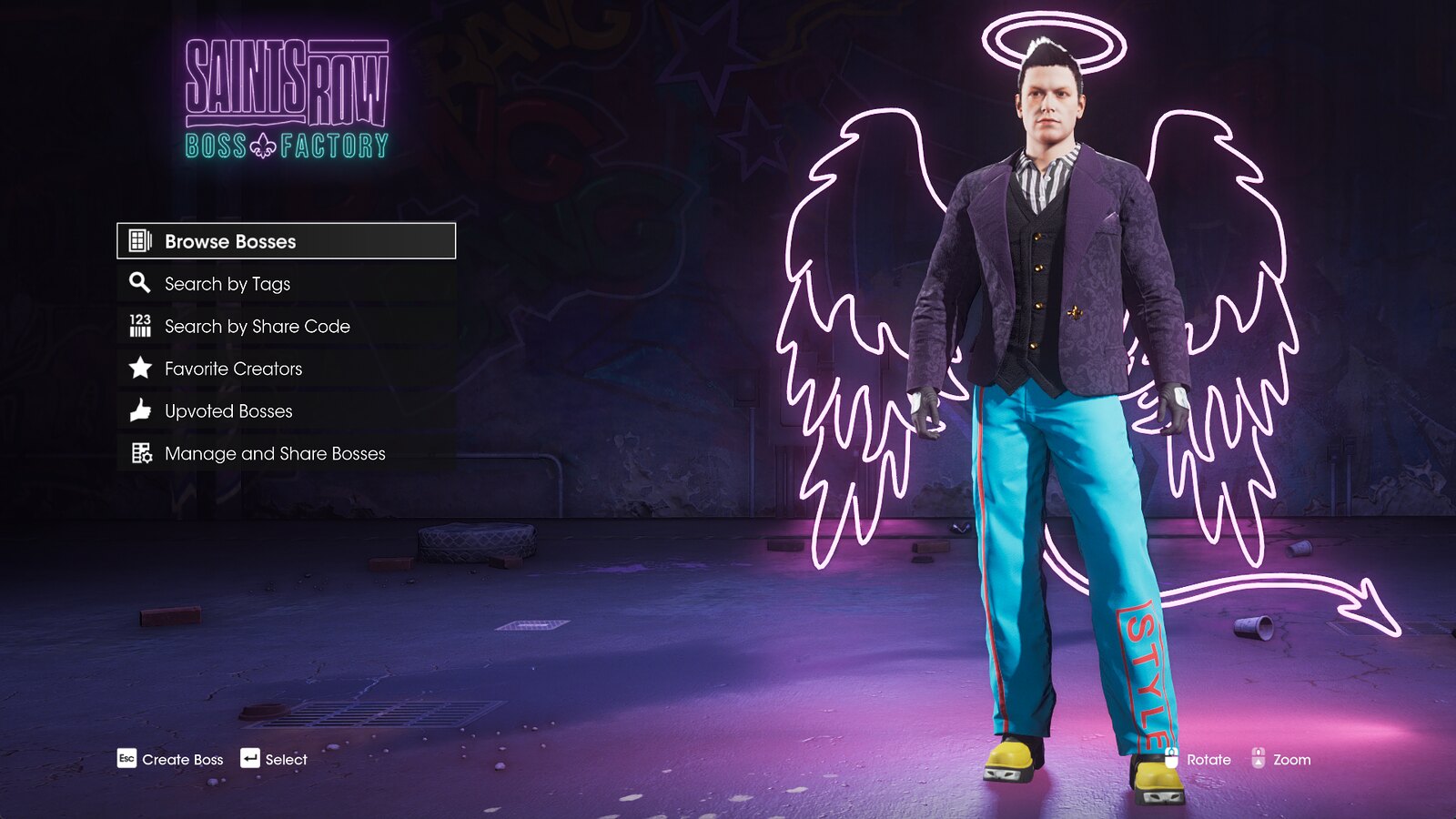 The demo is in fact a powerful character creator with tons of options allowing players to customise their character (or “boss”) however they see fit. After doing the same, players can save their boss as a preset, and, here’s the fun part — share their bosses with other players online! Sharing bosses don’t have any restrictions, so PC players can share their bosses with console players and vice-versa. You can save up to 6 bosses at any given time as presets, and for convenience’s sake are allowed to download PNG images of your bosses from the web gallery.

The Boss Factory will stay online after Saints Row’s release in August. The app will seamlessly integrate with the full game at launch, meaning your saved bosses will carry over to the game provided both the app and the game are logged into on the same platform. However, it should be noted that any character created in the final game itself cannot be imported into Boss Factory, at least in its current form.

The Boss Factory is fairly easy to run on any modern PC, with minimum specifications requiring a mere 4GB of RAM, Core i3/Ryzen 3 CPU, and an Nvidia GTX 970/AMD Radeon RX 480 for rendering at 1080p. This doesn’t mean anything for the final game, as its open-world nature and various physics-heavy game mechanics will require something a little more powerful.

Of course, after importing bosses into the game, players will be able to switch between them on the fly without any hiccups, so long as the hand-off preview stands true.

Boss Factory includes every option available in the final game, except for progression-locked items. To celebrate the occasion, anyone who downloads Boss Factory, saves, and shares a Boss will automatically receive two exclusive DJ Helmets in the full game at launch.

Top Gun: Maverick Is a Perfect, High-Flying Sequel Delivering on the Need for Speed

Every Cool Game I Tried at Steam Next Fest 2022