There was an idea. To bring together a group of DC superheroes to do what no comic-book movie, especially from Marvel Studios, ever could. And then the studio that funded that idea decided to ‘course-correct’ halfway through production, resulting in the now 4-year-old mess that was Justice League. Nearly 4 years later, we now get to see the full-fledged vision of what that film was supposed to be like, now called Zack Snyder’s Justice League.

To revisit the entire behind-the-scenes situation of the film would take up too much time, and too many words, so I recommend going through this piece by Vanity Fair. To give some context, Snyder left the film after principal photography due to a family tragedy, and WB brought in Avengers director Joss Whedon to lighten the tone of the film, as well as shorten it to under 2 hours. This resulted in an extreme amount of reshoots, with the finished film being a shadow of its former self, complete with easily observable reshot scenes, and a lot of bad jokes. However, thanks to generous HBO Max funding, we can now see exactly what Snyder had planned and filmed during the initial 2016 shoot, and that’s what makes up the new movie.

Note – this review will contain spoilers for Zack Snyder’s Justice League. You can watch our video review below, which is a deeper dive than the written review, and of course, contains the wonderful insights by our very own Madhav Kapoor with the audio version available here. We’ve also focused on the IMAX-like 4:3 aspect ratio of the movie here, so make sure to check that out if you’re wondering why the movie doesn’t fill up the entire screen of your brand new (or old) TV!

Zack Snyder’s Justice League is a monster of a film, clocking in at just over 4 hours in giving us a superhero epic that follows the events of Man of Steel and Batman V Superman, but not nearly as grim and cynical as those 2 movies showed superheroes to be. The film follows the same basic plot beats of the theatrical Justice League – Bruce Wayne/Batman needs to assemble together a team of meta humans including Barry Allen/The Flash, Visitor Stone/Cyborg, Arthur Curry/Aquaman and of course Diana Prince/Wonder Woman, to defend Earth from Darkseid’s minion Steppenwolf. In their efforts to protect humanity, the league eventually resurrects Clark Kent/Superman.

While the basic premise is the same, we get a much more extended look at each of the members of the league, properly setting up their own stories and struggles before bringing the team together. We also get a much better villain in Steppenwolf, whose motivations are now clear thanks to explaining his backstory and complicated relationship with DC’s ultimate baddie- Darkseid.

Cyborg and The Flash Get Character Upgrades

Let’s start with the characters then, and who better to start off with than Victor Stone aka Cyborg? The character was pushed to the sidelines in the Whedon cut of the film, only present there to help in separating the mother boxes. We only got a small glimpse at his daily life in the 2017 film, but in Zack Snyder’s Justice League, Cyborg is pretty much the main character of the film. It’s easy to see how and why Ray Fisher has been pushing back against WB in the years since the initial release, as the 2017 film reduced a star-making performance to a shadow of what it used to be. In ZSJL, Cyborg’s motivations and involvement with the league is much greater, as is his emotional tie into the overarching story. His father, Silas Stone, also has a much larger, and more central role here. Spoilers – he dies in an act of heroism, providing the necessary push for Cyborg to decide on taking on the mother boxes by himself!

Barry Allen is also vastly different in ZSJL, no longer a stupid goofball, but witty and smart. There’s a fine line between being stupid and being funny, and thanks to reshoots, we got an extremely goofy version of Barry Allen. Considering how The Flash TV show on the CW was on air when Justice League came out, it’s no surprise that most audiences were frustrated with the Barry Allen on film. On the TV show, Allen is a generally smart guy, able to think on his feet in the tensest situations, although he does need the usual pep talk from his team at S.T.A.R Labs. In the 2017 Justice League, Barry Allen can barely keep up with his own speed, constantly tripping over himself and others. In Zack Snyder’s Justice League, he is still the comic relief, but in a good way. He’s smart, witty, and charming, and has actual involvement in the third act. He eventually goes on to save the day in this film, in a setpiece that is bound to go down as one of the coolest in the history of superhero cinema. I sincerely hope that the upcoming solo film focusing on the character, called Flashpoint, is a continuation of this version of the character, and not what came before.

Aquaman and Wonder Woman aren’t as reworked as far as their characters go, however, Diana Prince’s hesitation on bringing Superman back to life is nowhere to be found. In fact, in this movie, the entire team actively agrees in unison when thinking about using the mother box to bring Kal El back. Aquaman gets a new scene with Willem Dafoe’s Vulko, leading him to take a little more time to join the league compared to the theatrical version.

Diana gets to explore the lost ruins of the Amazons, explaining more backstory about the great war in the Age of Heroes, where humans, Atlanteans and Amazons came together to defeat Darkseid. Speaking of Amazons, the Themyscira fight sequence is much improved, with more bloodshed and a more natural tie into the first Wonder Woman film. The sequence reminds me of Snyder’s earlier war movie 300, with its golden-baked colour palette and extensive use of slow-motion.

Batman Vs And Superman – Super Friends!

There’s a small but significant change in Bruce Wayne’s behaviour in this film which is a more natural extension of his arc from the previous film, Batman V Superman: Dawn of Justice. After spending an entire film being cold and calculated, Wayne now has a newfound worldview, one that Alfred puts as “guilt overcoming reason.” He’s sporting a new set of gauntlets which are similar to those of Wonder Woman, but the action sequences involving him seem like a downgrade from what we got in the previous entry. This is not the same Batman, and I think Affleck’s version of this character peaked with the awesome warehouse sequence in Dawn of Justice. I’m happy that this won’t be his last appearance, with Affleck returning to the role in The Flash solo film, if only for one last time.

Clark Kent/Superman is back, and while his storyline is about the same as what we got last time, there are enough changes here to really make his entrance feel all the more special. For one, he’s brought back into the fold much later than he was in the previous version, thanks to the extended run time. The league’s unanimous decision to bring the last son of Krypton back has more weight to it, with the resolution being much more rewarding. A small scene of him on the farm with Lois Lane gives a lot of emotional weight to his legacy, which is what started out this narrative in the first place. We get a more in-depth explanation of why Steppenwolf and Darkseid attack Earth only after Superman died, and by doing that we avoid the general mentality of ‘Well he’s Superman, of course, they’re gonna bring him back!’. His new suit doesn’t have any reason to be painted black, but it does look cool. And of course, the lack of a CGI-removed moustache does look a lot cleaner and doesn’t distract from his heroic actions. I do miss the camaraderie he had with the rest of the Justice League from the 2017 film, as he barely speaks a word after joining the fight in the third act.

“For Darkseid” – A Quick Dissection of The Knightmare

The Knightmare premonitions in both BvS and ZSJL are some of the most intriguing aspects of Zack Snyder’s grand plan for his DC storyline. I was enamoured with the Knightmare sequence in BvS, which showed that Snyder had an overarching plan for his DCEU, but I wasn’t surprised with its exclusion from the theatrical Justice League. After all, when it was clear that Warner Bros. wanted to move away from Snyder’s grim take on the characters, why focus on a future timeline where half of the league is dead with an evil Superman flying about?

I was extremely happy to see the Knightmare return in ZSJL and what a return it was. Not only do we get a quick sneak peek at Snyder’s original vision, but we also get to see a brand new sequence (shot during the pandemic) that brings Affleck’s Batman and Jared Leto’s Joker on screen together. The first sequence uses CGI and re-edited footage from previous films to convey a sense of dread – of what could happen if our heroes succeed in this movie. This, juxtaposed on top of the league in the middle of Superman back, is a brilliant way to add tension into what audiences expect to be a straight forward story beat. The second sequence, about 7 minutes long, shows us what’s left of the original Justice League in this dystopian future – Batman, Cyborg, The Flash, Mera, Deathstroke and of course, the Joker. Amid team building-tensions, some more backstory about the Joker and Batman’s long-standing feud, we see an evil Kal El hunt down the league. From here, we cut to Bruce Wayne waking up, only to be greeted by the Martian Manhunter, another new addition to the film, who was revealed to be General Swanwick (Harry Lennix) from the previous films. I’ll admit that these 2 scenes feel quite tacked on, and they don’t necessarily fit the rest of the movie, but considering this is Zack Snyder’s last entry in his DC filmography, I’ll take it. It leaves the doors open for a continuation in the future if WarnerMedia/HBO Max ever chooses to #RestoreTheSnyderverse as the fans want, which I hope they do. 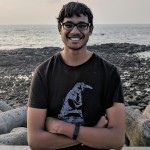