1917 opens with no grandeur, no spectacle, but a dreamy view of a vast meadow; of the landscapes of northern France where the British are stationed during the First World War. The camera pans down with little gusto, almost as an after-thought, upon the silhouettes of two sleeping figures, until they are jolted awake by a superior. Welcome the protagonists of this finely choreographed piece of film, resembling a dance between the characters and the camera, Tom Blake (Dean-Charles Chapman) and Will Schofield (George MacKay), who make their presence known with light-hearted banter, albeit with grim undertones, reverberating the humanity present in every instance of war. As the camera pans away from them, weaving through the hordes of soldiers in sync with their movement, it dawns on us, that is if you haven’t been spoiled already, that this is a continuous shot. Indeed, the whole film is intended to bear the resemblance of one long take, with no breaks in between albeit the interval.

There is much to be said about this piece of a technical marvel, helmed by director Sam Mendes(Skyfall) and expertly stitched together by cinematographer Roger Deakins, and it helps bring a unique take to this entire experience. One could call it a gimmick, but it cannot be denied that it indeed is a cinematic milestone to have accomplished such an arduous task.

The protagonists are then handed over the mission, one on which the lives of 1600 soldiers hinges, Blake’s brother among them, of having to travel through swathes of enemy territory to reach the troops in danger with a message to abort their advance. This adds the necessary personal dilemma to the characters, with Blake going all-in for the journey immediately despite his partner’s concerns. General Erinmore(Colin Firth), the quest giver, no doubt knows this touch of personal motive adds a certain fervor to their endeavors, a devious necessity for their motivational survival in such harsh war-lands. Colin plays the part of the general well in this long sequence of camera ballet, infusing the movie with a necessary story through an appropriate emotive display.

As the characters progress through the trenches, we get to settle into the flow of this dance. There are moments of introspection like these, with visual cues peppered throughout the environment to prod our imagination towards these topics, which would be analogous to the thoughts the characters would be having at that moment, all without a single word said. The silent lull of the journey, with the camera and in extension us the viewer, always present like a ghostly third character, is accentuated by a slight focus on these cues, such as a dead decaying corpse or a beautiful blossoming cherry tree. Every step taken by a character becomes more pronounced, a small slip on a marshy terrain or a little cut on barb wire, and we feel our muscles tense, almost as if we were present there. That is the intended effect of the no-cut camera work, and it adds a unique flavor, almost resembling a simulation of a bygone era where we are connecting through time and space. There is much credit to be given to the leads who not only have to hit the positions at the correct times to maintain the long flow of dance, but also give emotive performances while doing so, and they nail the part, carrying much of the film on their shoulders without showing any hints of the strain.

Certain sequences do remind me of video games, where the characters would simply walk by obstacles, interspersed with moments of heart-pounding explosive, yet intricate action, and appearances by certain famous figures akin to cutscenes. By no means should this connotation be considered a negative as this approach is definitely something that works in 1917. It’s an efficient borrowing of a mechanic from another art form. It adds to the intended immersion that is the emotional impact going through a period of warfare such as this can be, something most of us in our generation have no real inkling of and is worth remembering at these trying times in our real world.

1917 takes on a meditative approach, where you are almost required to not just introspect on the happenings, but include your own thoughts as part of the movie, like a connection to their minds. If you are not in the mood for such an experience, this may leave a sour taste as you may get tired or bored of these long stretches, peppered with brief sporadic conversational interactions and a paper-thin story, which may not be in sync with your thoughts. Think of it as a compatibility issue with the link, and the movie will take on a monotonous drag-like tone where you’re ready to just head home. But once you are linked, few movies come close to the perfection in cinematography that this film achieves.

The production design is on point, with the beautifully crafted environments such as the trenches. and the fitting period uniforms, the extras with their guns and the bullets which fly at the correct times, or the camera which pans through barbed wires or near water bodies, without getting messed up by them.

This dance is accentuated by the fitting soundtrack provided by Thomas Newman, who also worked with Sam Mendes on Skyfall, providing graceful poignance at times, and riveting exuberance at others, greatly aiding our imaginative thought flow. At times there are sequences that are reminiscent of a 007 scene, especially with the soundtrack, but thankfully are far and few to be of any consequential immersion-break. On such occasions, it does feel a little detached from reality, with bullets miraculously missing the protagonists and them making it just in time to cover but is forgivable considering the sense to realism the rest of the movie takes, way more than many wars and action movies would in general.

Throughout the film, there are juxtapositions of beauty and destruction of nature and humanity, which guide us through an understanding of the futility of it all. Scenes such as when they climb out of the dingy trenches to view a vast beautiful meadow, silent ambiance in tow, or out of a harsh water body into a garden of freshly blossomed cherry trees, offer a sense of wondrous contrast. Of how war is capable of twisting a person’s view on things; how it is capable of slowly crumbling away from the thread of morality we associative with humanity.

There are notable set pieces, which really elevate the movie beyond the already existent bar, to peaks of film making, such as a pristine battle between darkness and light in an abandoned city, or the intense scene involving a plane, but the most notable of all would be the ending. The movie culminates in some of the best ending sequences to date, and is capable of giving you goosebumps if you’ve been invested into the whole experience, and leaves a lasting impression on your mind. It’s been wonderfully plotted down to reach the said moments.

1917 might be one of the best films of the past year, and would rank high among the best war films made to date, in my books. If not anything, watch it for the sheer gimmick which is the one-shot feat and grab a popcorn or your favorite snack while at it. 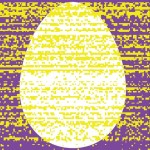 One thought on “1917 Review – Making War Unique In One Take”