Upgrade, written and directed by Leigh Whannell, is the story of Grey (Logan Marshall-green), a person extremely against the use of technology, who loses his wife in a tragic accident that leaves him paralyzed. He is implanted with a chip which can fix him, but at the cost of taking over his body.

The film boasts a really cool concept, executing it almost to its full potential. It has relevant implications of the boons and banes of technology that surrounds us every day. The story is ripe with messages about how this technology and help us yet harm us, in a manner that isn’t preachy. It does a great balancing act of bringing its thesis to the forefront while not hitting you over the head with it; a unique characteristic. However, that might be attributed to the depth of the themes the film holds in the first place. Upgrade is definitely an entertaining ride over a deep, thought-provoking story. And it’s brought to life by excellent direction, which is where the film shines.

Leigh Whannell’s direction is extremely slick and creative. It gives a sense of the control he had over the film. His work behind the camera brings a fresh perspective to an action movie like this, and you’re further hooked by the exquisite lighting. Very reminiscent of something like Blade Runner 2049 or Drive. The action scenes are well-shot with the camera following the actions in every direction possible, making them neat and crisp. The world is brought to life by the grimy production design, which comes together with the camera and lighting to provide a tough, gritty tone to the film, which is quite unique to take in visually. Even the gore in Upgrade done really well; so much so that my only issue is that there isn’t more of it. Like the rest of the directional aspects, it showcases creativity in a manner that isn’t quite like other films.

The pacing is excellent. It takes its time where it needs to, focuses on just the right things that fulfil the approach they took, and doesn’t meander just to fill its runtime like some movies (*cough* Venom *cough*). It squeezes almost all it can from its 100 minute running time, which provides a tight, contained feel to Upgrade. It’s a good practice in general as they give themselves very little margin for error. But speaking of errors, some of the momentary editing could stand to be a tad more polished. While the tone and structural editing more than make-up for it, it’s just a small aspect that could’ve perfected the technical side of things.

Where Upgrade falters is characterization. Grey, the main character, is pretty well fleshed-out. His motivations are naturally and effectively set-up and drive the rest of the film in an organic fashion. He is solid enough to let the film achieve a great balance of plot-driven and character-driven progression. Unfortunately, everyone around him isn’t at his level of depth. For example, his mother’s personality can be boiled down to ‘mother’. The cop on his case can be classified as ‘cop’. The supporting characters lack real humanity and act more as contrivances to the plot, even if it doesn’t seem lazy. They were serviceable to the story but lacked the depth that could’ve made the protagonist’s journey and the film overall stronger on the thematic side.

Which is another con of the movie. While Upgrade does present its themes in a subtle, clever and intriguing way, they could, without a doubt, stand to be deeper. I understand that this isn’t the focus of the film, but what they already have serves as a perfect base for something much more solid. Had there been just a bit more discussion to bring out said themes, the film might have been an even stronger experience than it already is. Even though their current state doesn’t exactly detract from the story, the way they were weaved into the plot could be a touch smoother. Still, their set-up and payoff is extremely effective and elevates the storytelling to something of great merit.

Almost everything in the film is so unique it provides a thrilling, entertaining, high-octane ride, capable of keeping you hooked till the very last frame. It is worthy of being a masterclass for films like Venom and In Time, on how to come up with an original concept and execute it in a unique manner. While the script might have been stronger and better developed, the directional aspects make Upgrade an experience that is simply undeniable fun. 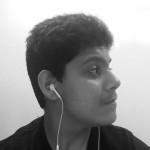 I’m a film student who wants to talk about movies. Currently specializing in film editing. Huge fan of Edgar Wright, Ricky Gervais, and comedy in general.