I Lost My Body, written by Jérémy Clapin and Guillaume Laurant and directed by Claplin, tells the story of a severed hand that tries to make its way across Paris back to its owner, Naoufel. The path reminds it of life when attached to him and when he met Gabrielle.

Almost everything about this movie is unique. The animation style, story, characters, direction, sound design, and more feel never-before-seen. I Lost My Body presents a world that is monotonous and depressing in its nature, keeping us from being fulfilled. It tells us to break away from ‘fate’ and create our own path in life; to be an active character in our own story rather than just adhere to mundanity. There’s a commentary on how great ambition must push through despite being tarnished by life. Else, you would just be a shell of a person and never truly satisfied. It may be challenging, especially without any support, but must be done regardless of our past holding us back. It’s a subtle truth we don’t often think about because we are busy with the flow of life.

A theme of determination is enforced by Naoufel’s want to pursue Gabrielle and the hand’s conviction to get back. It tells us to be determined to take charge of our destiny. The story takes a non-linear approach; transitioning into a flashback makes sense at the moment but also elevates the storytelling. The transitions are so smooth that had the flashbacks not looked like they did, you wouldn’t even know it happened. It creates a seamless experience that pulls you in without you knowing it.

The characters represent the themes appropriately. Naoufel’s backstory is shown through precise flashbacks that set up who he is and what led him to this point. As a kid, he wanted to be an astronaut and a pianist but ‘fate’ intervened. Due to an incident that passion is stripped away and he is thrown into a tedious life. Working a soul-sucking job and living with people who barely acknowledge his existence. Which is why his reaction to even the smallest concern shown by Gabrielle, perfectly showcases what this world is about. She grows as a character by the skillfully written conversations they both have about fate. These were extremely interesting as the dialogue shows us by telling us. Characters almost say exactly what they are thinking and feeling. Hence it is not direct and gives the viewer something to think about, enforcing the themes further.

But what sets I Lost My Body apart is the character of the hand. It is very much established as its own entity. Just the opening scene where it escapes from a lab executes this perfectly. It takes action in order to escape and reacts to its surroundings so it’s not caught red-handed (No pun intended). It’s this action and reaction combined with lifelike movements that make the viewer perceive it as a separate character. It moves back when shocked and slouches when resting, furthering its resemblance to a full human. Purely through movement, because of the absence of facial expressions, the hand’s desperation to get back is brought out. It refuses to quit despite the constant obstacles it faces which enrichens the theme. It takes action to form its own path, solidifying the realization as absolute truth for this world.

The animation is gorgeous. It is the most unique element on display. The lines look hand-drawn but the textures of objects are quite detailed. This provides an interesting contrast that makes it distinguished. It has a distinct personality that’s visually interesting, aesthetically very pleasing and compliments and elevates the story. The movements, as mentioned before, are extremely lifelike which makes all the characters seem like real actors. Blocking, expressions and the voice acting come together beautifully to make the film come to life. Mainstream animation aims for exaggeration and photorealism to bring out character. Here it happens purely through treating them like physical beings. It provides an authentic experience and helps us accept and get wrapped up in the characters so effectively. It’s like viewing real-life with a filter over your eyes, just pure bliss.

Another interesting choice is the frame rate of the film. It’s half the standard fps (12 frames per second instead of 24). Spider-Man: Into The Spiderverse did this as well, however it relied on fast-paced movement and actually used proper frame rate at times to tie it together. In I Lost My Body, the glue is the dynamic soundscape. The sound design is sharp and concentrated while the score induces a dream-like state. Almost as if the characters’ need is a fantasy. The sound ambiance created adds another level of realism to an already authentic visual experience, creating a further unbreakable illusion. The direction is exceptionally crisp. Not one frame feels out of place or unnecessary. The transitions into flashback are connected by movement making them buttery smooth. There are tense sequences, and the pace only makes that tension stronger. It is truly fantastic in every aspect.

As far as gripes go I only have a minor one. The film is just a hair too vague. ‘Show, don’t tell’ is a law in filmmaking, however, anything in excess ruins the effect a little bit. The hand sequences are actually not the issue, just some flashbacks, and part of the third act. But that’s it. Everything else is just brilliant.

I Lost My Body is undoubtedly underrated. It is a subtle yet compelling story, filled with well-rounded characters brought to life by outstanding animation, all supported by excellent direction. The film doesn’t shy away from mature themes and imagery creating an experience that is remarkably unique. It proves that animation is not just for kids and deserves the same recognition and respect as live-action. 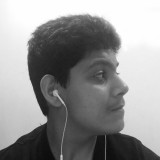 What a detailed , excellent review! I’m excited to see the film and am eagerly looking forward to reading more reviews from you .

Superbly reviewed. You have covered every detail so well that it makes me want to see it soon.

The review is brilliant, to say the least. The nuances of good film making have been captured in the lucid narration of this review. Madhav has been less than charitable and at the same time been profuse in his evaluation of the different aspects- story, script, direction and different technical aspects. It makes a true critical representation of the film. Finally it makes you eager to watch the film.

The descriptive yet crisp review is par excellence, to put it mildly. I concur with Madhav when he vigorously promotes animation films and makes a compelling case stating that this format deserves a wider audience and that animation movies should not be restricted to kids. The comprehensive and cogent review that covers all key aspects has aroused my curiosity in the movie.